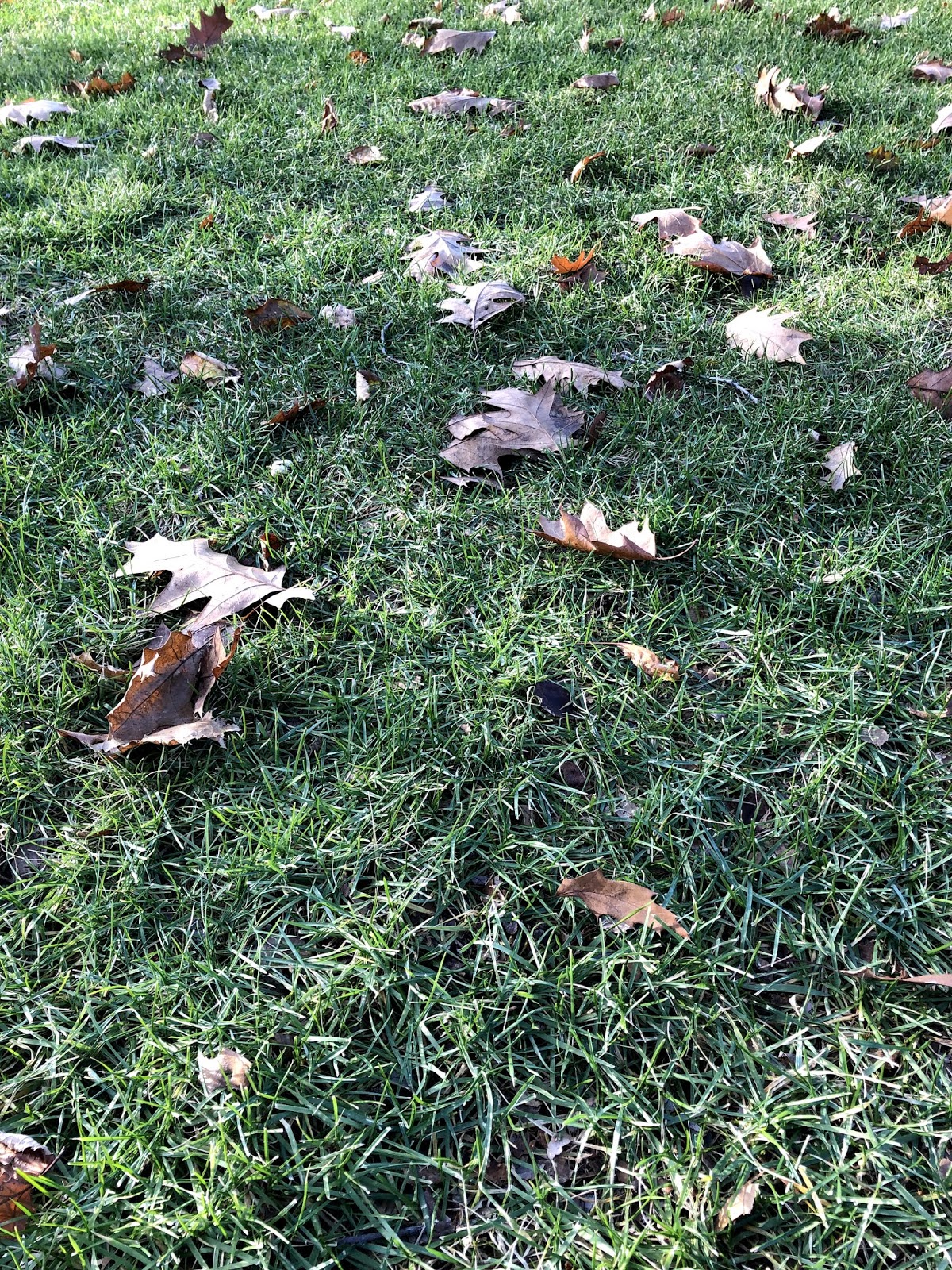 I had a tiny bit of leaf guilt today. The sun is shining, the wind is calm and it is above freezing. I should have gone outside and raked up some of the leaves still littering the lawn.

But I didn’t. I stayed inside where it is warm and lovely.

I told myself the only reason I could have raked up some leaves today, especially in the front yard, is because it faces south and the bits of snow we got off and on the past few days melted.

But then I looked in the back, which faces north, and there is still some snow on the lawn, especially in the shadow of the house.

I do not believe anyone would expect me to rake leaves in the snow!

Whew. Relief. Saved from my guilt.

Now, before all you “leave it be” people jump in with “it’s good to leave leaves on the lawn”, let me state I agree with you for the most part, except when the leaves are all matted down and smothering the lawn. Then it is best to rake them up and put them on a compost pile or spread them out on a bare vegetable garden bed. Or mow over them to chop them up, which was really what I wanted to do today.

Now, are there any other guilts we should get out in the open?

Who wants to go next?

How about the guilt that comes when you haven’t planted all those bulbs you bought and now the ground is frozen and you can’t? I don’t have that guilt. I planted all the bulbs I bought. But if that’s your guilt, maybe you need to find some containers you can pot those bulbs up in and figure out a place to overwinter them, like an unheated garage. Or maybe you need to figure out a day when it isn’t too cold and the ground isn’t too frozen and plant them anyway. You have nothing to lose by trying to plant those bulbs because we know they aren’t going to magically bloom while still in the bags they came in.

Do you have guilt from not watering your houseplants? I am also free from that guilt, for the time being.  I’ve watered all my houseplants more or less regularly for the last several months. I’ve cut off dead leaves, too, and cleaned up dropped flowers and leaves from the floor. If you are guilty of ignoring your houseplants, go water them after you read this post.

Maybe your guilt rears its head up when you see all those packets of seeds you never got around to sowing this past growing season? Console yourself. Take inventory of those seeds so you know what you have. Many seeds purchased for this year will still be viable and germinate if you sow them next spring. Just keep them in a cool location until then.

I hesitate to list too many more guilts we gardeners feel at the end of the season like the guilt of not cleaning up the flower beds. Or now the guilt of cleaning them up and destroying the habitats of overwintering insects. Or the guilt of leaving some vegetables un-harvested and not dashing out like a mad woman to pick them before that first frost.

Then there’s the guilt about not feeding the birds regularly just when they got used to coming to your feeders.