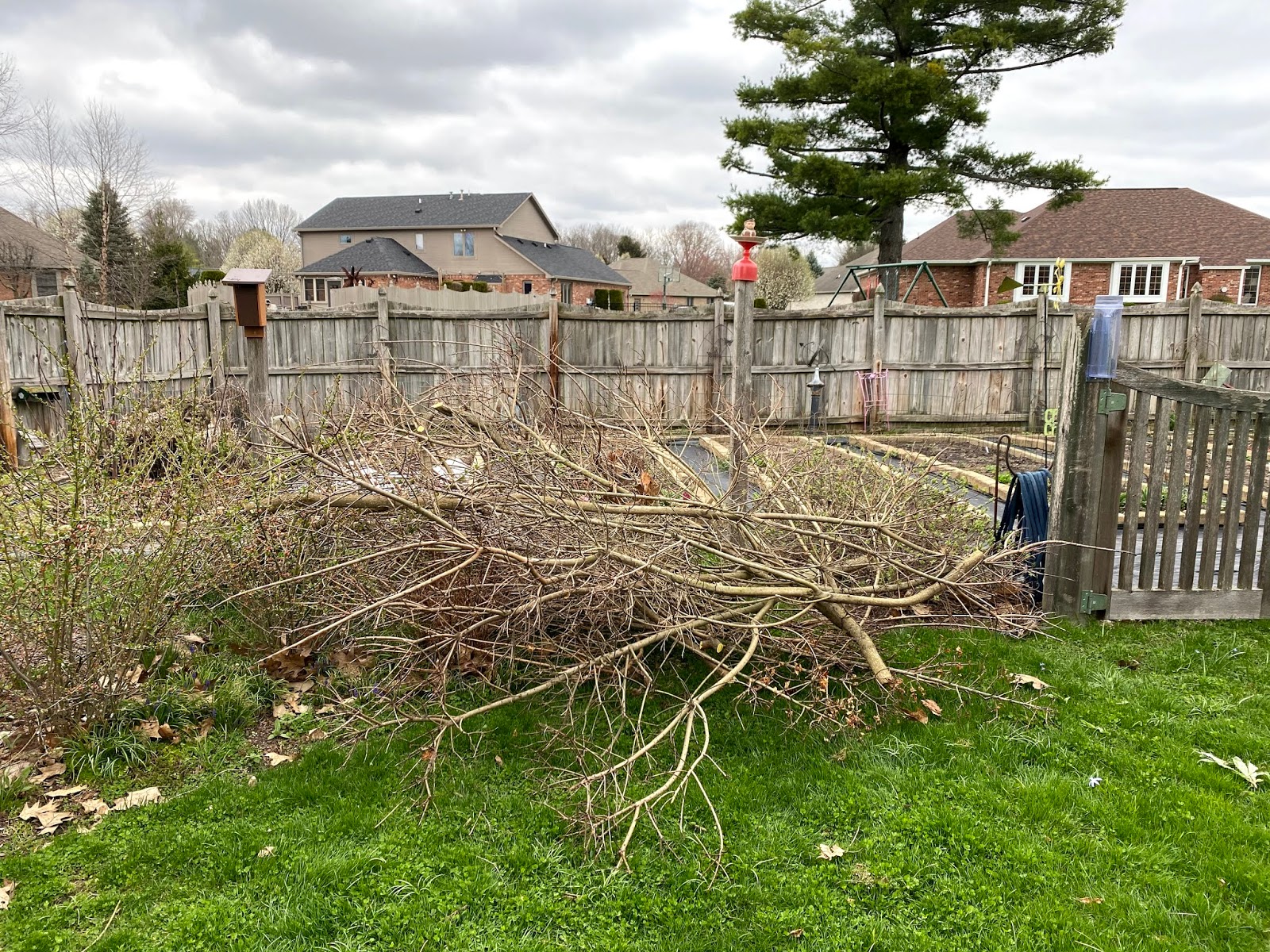 Let’s start at the beginning so you can see how this all came about.

I decided to cut back my Cotinus, commonly known as smokebush. I have two—’Golden Spirit’ and ‘Purple Smoke’—which had gotten much too big for where they were.

And cut them I did. Right down to within a foot of the ground.

As I was cleaning up the branches and hauling them to a staging area so I can either cut them up or have someone haul them off, I kept seeing little glints of something sparkling on the cut ends, even though it was cloudy outside.  I ignored it at first, thinking my eyes were playing tricks on me, or maybe the safety glasses I was wearing had a weird glare to them.

Finally, I stopped and looked more closely.  The sparkle was coming from some flecks of something on the ends of the branches.  Using a knife, I dug around the flecks and realized they extended throughout the branches.

My first thought was that the smokebushes had some kind of weird plant disease. But what plant disease looks like gold? Because that’s what it really looked like. Gold. But that couldn’t be right. How could gold end up in the branch of a plant?

Well, apparently it can if it is planted over an area that contains gold deposits to begin with. The plant takes up the gold as it takes up other nutrients, but since gold isn’t something the plant can use, the gold ends up forming long strands throughout the branches.

It is apparently quite rare but is most often observed in the springtime, usually when you cut the trees in early spring, around April 1st.  The gold, which is often 24 kt, can be extracted by cutting it out with a knife.

I don’t know yet the value of the gold I found so perhaps I shouldn’t be writing about it so soon. But I wanted to make sure others knew of this phenomenon so that if anyone else is trimming back trees and shrubs, they can watch for glints of light, a bit of sparkle in the cut ends!

There’s gold in those plants!