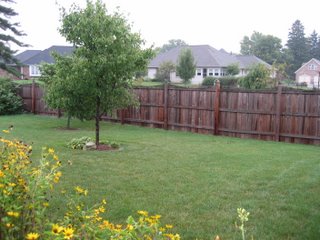 I need to do some digging!

I ran across some information on the British television program Time Team, about a team of archaeologists and others who do archaeological digs around Great Britain.

I had not heard of this show before, and wonder how long it will take to cross over to the United States. It is not listed as one of the programs shown on the BBC America cable channel, which would have been my best hope to check it out. They also have some DVD’s available, including “Time Team – In Your Garden”, but they are in a format that will not work on most DVD players sold in the United States.

So, I don’t know what the actual shows are like, but it sounds like it might be a fun way to learn some history and find some neat stuff. They are doing a “Big Royal Dig” this weekend, which turns out to be a bank holiday in Great Britain, and our British garden blogging friends will have Monday off! I thought “not fair”, until I realized that we American gardeners will have next Monday off for Labor Day. Maybe I’ll use some of that extra day off to do some digging and see what I can find?

Other than a few interesting rocks, one small fossil, and an odd bird-shaped rock or hunk of concrete, I haven’t found too much when digging around my gardens. I found the fossil when I was digging a post hole, which is probably the deepest hole I’ve dug. However since I normally don’t dig that deep in the garden, unless I am planting a tree or setting a post, there might be some good stuff underground just waiting to be discovered. My dad and his brothers used to find Indian artifacts in the fields on their southern Indiana farm, turned up by simply plowing. I wonder if I might find something like that some day?

Before my neighborhood was developed, it was mostly some remnants of farm land and fields. I had them show me where the original house and barn were before I purchased my lot, as I didn’t want to have those sites be any part of my property. Now I think maybe I should have chosen one of those sites to increase my chances of finding interesting artifacts while digging in my garden!

Anyway, the picture above is an area that I need to dig up for a new shrub/flower border. I’ve planned to dig it up for several years, but always one thing or another got in the way. This year I am determined that I will dig this new border or I will pay someone to dig it for me! Fall is not only for planting, it is a great time to dig up new flower beds.

As for the television program, I’ll have to wait for someone to discover it and bring it the United States or at least show it on BBC America to see what it is all about. Or will that ever happen? I’ll admit when I read about the show, I thought of Geraldo Rivera’s live program for the opening of a secret vault that was once owned by gangster Al Capone. The vault turned out to be full of nothing, and well, you know how that went. I assume an archeaological digging show would be taped and edited, so they wouldn’t show hours of digging and coming up empty-handed.