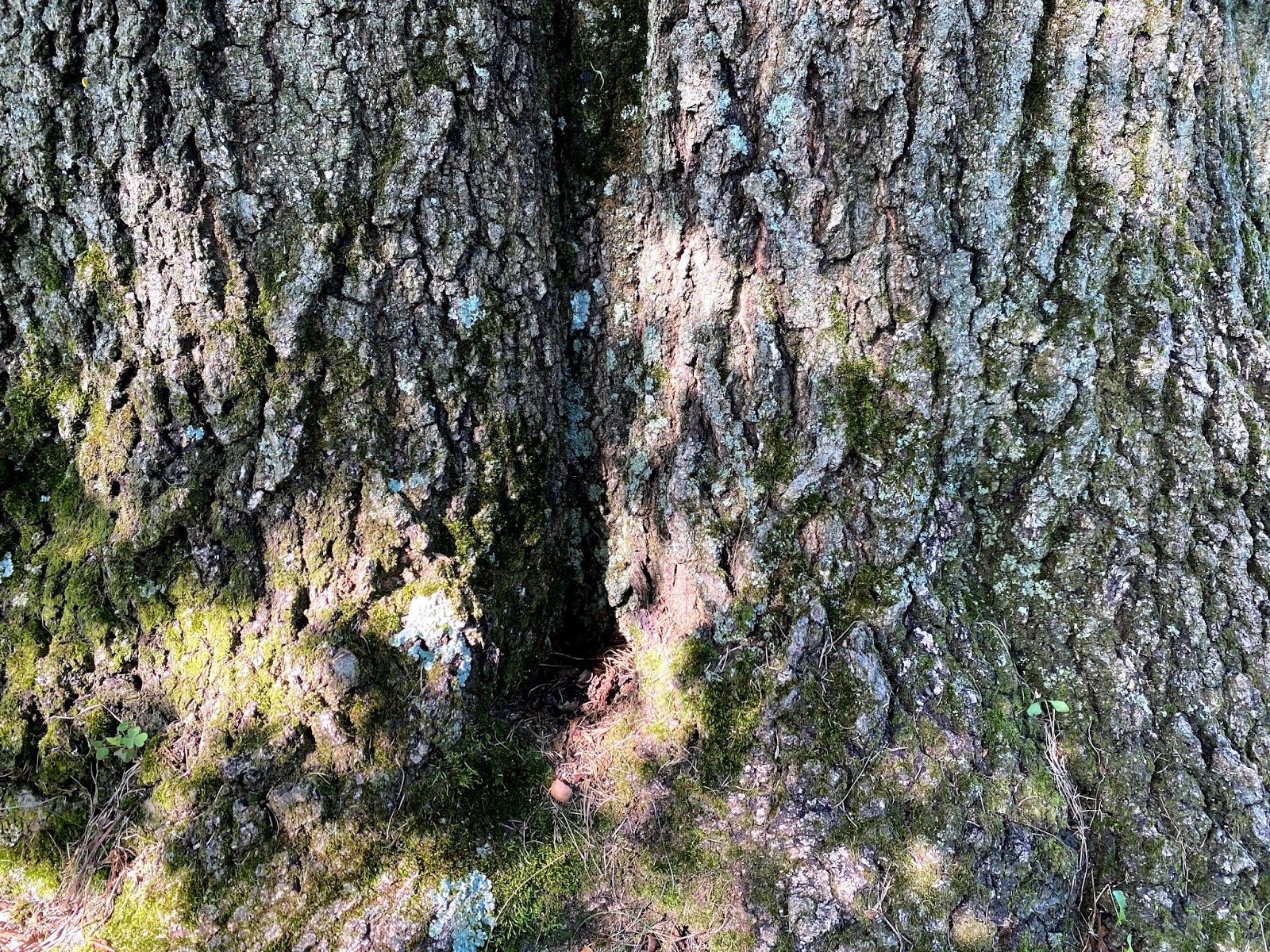 We are garden fairies and we have decided to post again since we have not posted in a while and also Carol has decided that there should be more frequent posts on this blog than in the past little bit so here we are on our usual Sunday evening, doing our part.

However, Carol isn’t going to let this post get published until Monday morning because she has got in her head that posting every other day is enough and she already posted yesterday, without our approval we should add.

But we are garden fairies and we want to write now so we’ll just leave it to her to figure out posting and timing and all the technical stuff. That is not in our wheelhouse as people are fond of saying.

Anyway, we would like to forthwith address a comment on our last post from someone who wanted to unsubscribe from getting emails when there is a new post on this blog—whether from us or from Carol we might add— and didn’t know how to do that. Well, we are here to advise that if someone doesn’t want to get emails whenever there is a new post, they merely need to hit the “unsubscribe” button on the actual email with the info about the blog post. Apparently—and we are garden fairies we are fine with it—the person who commented needed more “meat conversation about plants” or something such as that.

Well, we are garden fairies and we never mix meat with plants. Maybe Carol does? She can sure ham it up and offer up some real bologna about plants. We have a beef about that. Plus sometimes her advice seems a bit fishy but we aren’t sure if fish counts as meat. Anyway, we aren’t too chicken to say we don’t usually read what Carol writes anyway. Compared to us she is boring.

Now having addressed our last post and how to unsubscribe from emails about this blog, we must move on to tell the exciting news that Carol and one of her sisters have set up a fairy garden by the old scarlet oak which is in the yard where Carol and her siblings grew up that her youngest sister now tends.

One day as they were walking by the old oak, which their father planted and which is now quite large, they spied this crevice (see picture above) and decided forthwith that it was the perfect place for a fairy garden. Fast forward a month because Carol doesn’t move quickly sometimes and they finally set it up.

Then after they set it up where that crevice is, they decided that a quarter way around the tree was a better spot so they moved the whole garden, and now we garden fairies think it looks quite nice.  Would you like to see it? 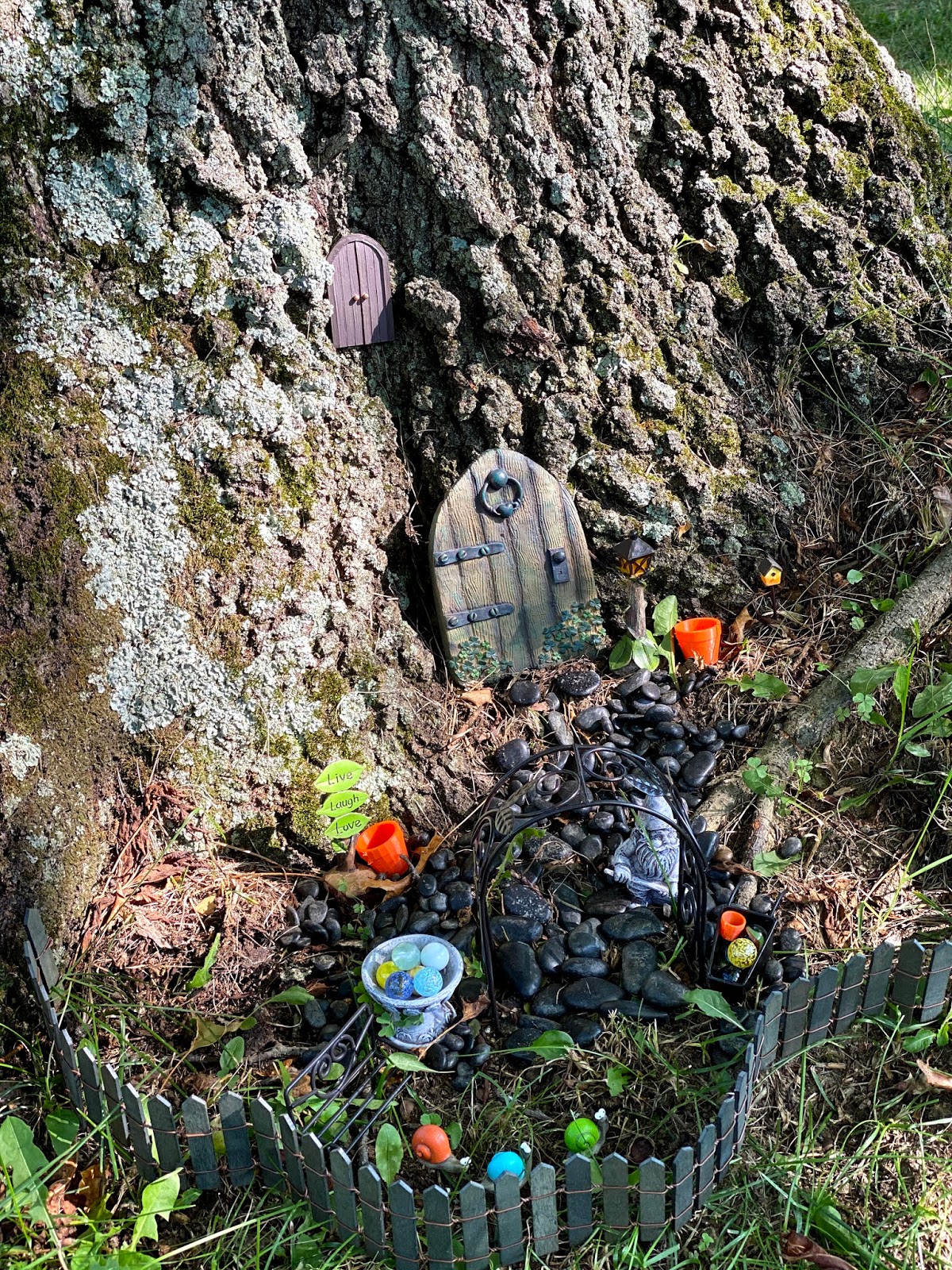 We are garden fairies and we are giving this our stamp of approval, for now. We especially like that there are two doors, one lower and one upper.  There is talk of a ladder going up to the second door which will be nice but given how long it was from “idea” to “done” for this original fairy garden, we garden fairies are not waiting around for any ladders.

We are also not thrilled with that little gnome statue. Poor Florene saw it and tried to say hi and when it didn’t answer, she decided it was a mighty uppity gnome, and then she realized it wasn’t real. We are garden fairies and we might make it disappear in due time. We shall see.

In the meantime, there is also talk of more ornamentation for the fairy garden, which we will reserve judgment on until such time as we see it and then forthwith we will offer our opinion.

For now, we have asked Florene and her sister Flora to watch over this little fairy garden in case a squirrel or a cat or a dog or a possum or anyone else gets any ideas about messing with it. They would live to regret it. Florene and Flora will see to that.

P.S.  We are garden fairies and we are miffed that we wrote several chapters in Carol’s book, Creatures and Critters: Who’s in My Garden, but not enough people have purchased said book to make it a best seller. If you have not purchased it yet, please click on this link and buy it. In a future post, we may ask for a nice review on Amazon too. We are garden fairies. Thank you.